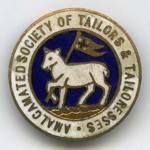 Members of Trade Unions would wear badges like this to promote the identity of unions. This society was originally for journeymen tailors but renamed in 1900 when a female section was set up. 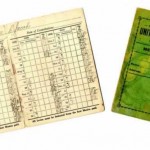 These cards cost a penny to purchase. They kept a record of payments to the Shop Steward who acted as the eyes and ears of the union. 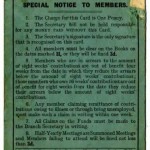 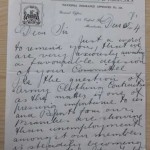 Letter from Mr J. A. Flynn, Amalgamated Society of Tailors and Tailoresses to James Middleton (General Secretary of the Labour Party) (1914)

This letter enquires about the possibility of picking up army clothing contracts in World War One, highlighting unemployment amongst members. [Transcript] 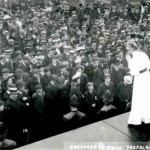 Secretary of the Women’s Trade Union League (WTUL) in 1903, Mary MacArthur became a spokesperson for women workers, helping them to organise union activity. 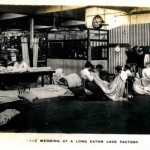 This Derbyshire factory was a successful hub of Nottingham Lace production, owing to the cheaper labour, rents and overheads in its rural location, along with lower levels of trade union activity. 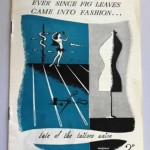 This pamphlet discusses the Tailors Union from 1885-1909 looking back at the “nationwide agitation” on sweated trades following the Daily Mail exhibition in 1906. 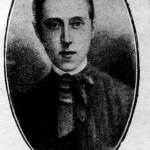 Founder of the Women’s Trade Union League (WTUL), which recognised and lobbied for the rights of female workers. 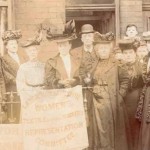 This committee was formed to ensure that disenfranchised women had a political voice. Their manifesto linked class and suffrage, hoping to relieve poverty and improve working conditions. 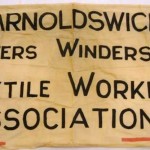 Barnoldswick, Lancashire was the location of 13 cotton weaving mills and provided employment for local people, many living in weavers cottages. 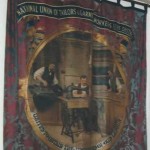 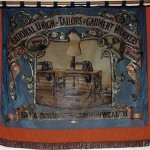 M&C stood for Mantle and Costume, and this banner would have cost about £93 at the time. 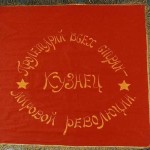 To Men And Women Garment Workers of England banner (1920s)

This banner was given to delegates of the Trades Union Congress (TUC) by workers from the Tinyakov Sewing Factory in what was then the USSR as a symbol of solidarity. [Translation]