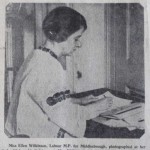 Ellen Wilkinson was a committed trade unionist and one of the first female MPs (taking the seat of Middlesbrough East in 1924). During the interwar years, Wilkinson was involved in a number of campaigns to improve the lives of the working class, notably as leader of the Jarrow Crusade (1936) and in advocating Hire Purchase reform. Press interest focused not only on her politics, but also on her appearance. For example, it was custom to wear dark colours in parliament and she caused quite a stir in the press when wearing a homemade green dress. 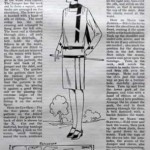 Paper pattern printed in Labour Woman. Most working class women sewed their own clothes for their families. Labour Woman was the Labour Party’s women magazine for 58 years. The magazine began by covering the fight for the extension of the voting franchise to women. 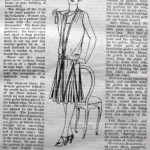 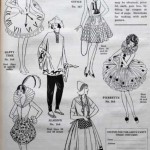 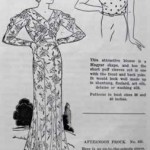 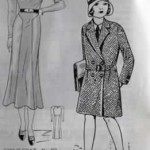 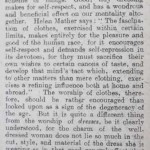 British Citizen & Empire Worker was a newspaper for supporters of the National Democratic and Labour Party and featured a regular women’s page with ‘tips for the housewife’ including fashion advice.